Back to People
People

Steven Kramer received his Juris Doctorate from St. John’s University School of Law in 1997. He was admitted to the New York State Bar in 1998 and to the New York Federal Courts, Southern and Eastern Districts in 2001. Mr. Kramer’s areas of concentration include Trust and Estates and Elder Law.

Mr. Kramer is the founder of the Estate Wellness Forum and The Medicaid Coordinator RoundTable and sits on the board of directors of Long Island Family Caregiver Coalition. 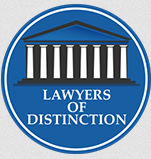